The Museum of Asia and the Pacific was created in 1973 from the collection of Andrzej Wawrzyniak, donated to the Polish state. It was then counting more than 4,000 works of art and ethnographic objects from Indonesia and was the fruit of a nine-year donor’s stay at a diplomatic post in that country. It was a collection of unusual and due to the content, and the size of a rare private collection of those days. Andrzej Wawrzyniak has worked in diplomatic missions in Vietnam, Indonesia, Laos, Nepal and Afghanistan, traveled extensively in almost all Asia, Australia and much of Oceania, but Indonesia has become his greatest inspiration. Hence the original name of the Nusantara Archipelago Museum, as the Malay term for an island region.

It was officially made on February 26, 1973, when the collection was handed over; The donor was nominated for a director, who held the post until 2013. On January 1, 1976, the name changed to the Museum of Asia and the Pacific in Warsaw, which – according to it – began to gather collections from other, beyond Indonesia, areas. Today, thanks to the founders of the Museum and the generosity of numerous donors, they count over 21,000 exhibits from almost all the countries of the Asian continent and much of Oceania.

The Asia and Pacific Museum 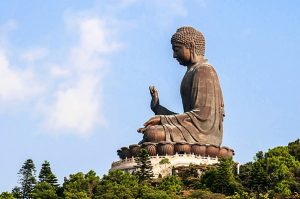